What Should I Know About M&A in the U.S.?～米国におけるM&Aのポイント 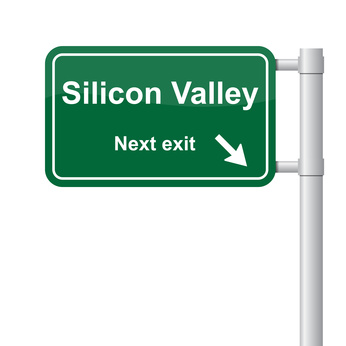 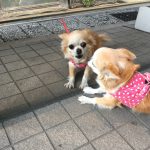 Ichigo made a new friend today.

Today let’s talk about M&A in the U.S.  M&A is a big topic, so I won’t try to cover it in one article.  For today, let me highlight a few preliminary issues that may be of interest to a Japanese company seeking to buy a U.S. company, which may be different than the same issues for domestic M&A in Japan.

There are 3 basic structures in the acquisition of a U.S. company.

So, how do you decide the appropriate structure for your acquisition?  I’ll discuss that in a future article.

Once you determine the structure, how do you pay for the acquisition?  Basically, you have two choices.

Because of the challenges described above, most acquisitions by Japanese companies of U.S. companies are still for cash.

In many M&A transactions, the parties will enter into a letter of intent (or LOI) before executing the definitive acquisition agreement.  In the LOI, the parties express their intent to consummate the transaction, based on certain broad terms, such as the structure, the price, the consideration and other material terms.  The LOI is typically non-binding (although certain terms in the LOI may be binding).  The LOI is a way for the buyer to obtain a “soft” commitment from the seller that it is willing to proceed with the sale of the company.  It is also a way for the seller to commit the buyer to the deal.

But, if the LOI is not binding, then I am not legally obligated to close the deal, right?

Well, strictly speaking, yes, that is true.  However, under general principles of U.S. law, even a non-binding LOI imposes a covenant of good faith on the parties (which is also generally part of all contracts in the U.S.).  What does this mean?  This means that you must act in good faith to try to close the transaction.  It doesn’t require you to close the transaction, but you will not be able to terminate the deal for no good reason.

So, be careful before you enter into an LOI, even if it is stated to be non-binding.

４．Due Diligence vs. Representations and Warranties

But what is the interplay between representations and warranties, on the one hand, and due diligence, on the other hand?

Well, no, for at least a couple of reasons.

Also, even if are able to make a claim against the seller for an inaccurate representation and warranty after the closing, you would need to expend time and money in order to do so.  If, through your due diligence efforts, you can identify inaccuracies in the representations and warranties from the outset, you can make sure that the seller resolves these inaccuracies before the closing.

So, don’t rely excessively on representations and warranties.  At a minimum, make sure to conduct due diligence on those issues that are of particular concern to you.

A common feature of many M&A deals is to impose a non-compete obligation on the sellers.  Otherwise, the sellers could take the buyer’s money, and immediately diminish the value of the buyer’s acquisition by joining a competitor or starting a new competitive company.

California, in particular, has a strong policy disfavoring non-compete obligations.  In general, non-competes in California are unenforceable.  However, there is a limited exception for non-competes entered into by sellers in a sale of a company, but it is narrowly interpreted and still subject to a reasonableness standard.

Also, even if your agreement is governed by another state’s law, if the employee is working in California, a California court may apply California law.

So you should be very careful in imposing non-compete obligations in the U.S., especially in California.

It is important to note that M&A is generally governed under state (not federal) law (although certain issues, such as securities law issues, are governed by federal law as well).  And, as mentioned in previous articles, each state has its own requirements, so make sure to check the actual requirements once you determine the applicable state law.  The points above are based on general corporate law principles in the United States, but different states may have different laws regarding these matters.

If you have any questions, please feel free to contact me at jsasaki@jsvlaw.com.